In a fantasy world such as Tinil’Gan that is set within the pages of the Magic’s Souls Series, I have always found it important to incorporate visuals. These visuals help the reader see the world not just through words but to also experience the world as a real place, through images such as maps.

The Known World of Tinil’Gan- 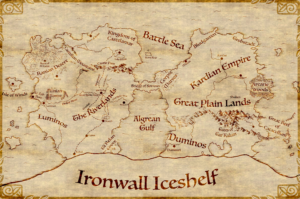 There is an eternal landscape, a geography of the soul; we search for its outlines all our lives.
~Josephine Hart

This world sprouted from my imagination. When I was writing this tale, I could see all these places in my mind, individually. However I needed to tie them all together into a cohesive realm. One with borders, topography, obstacles, and beauty. I had drew this map from that vision. I am no artist by any means, but I am proud of myself that I created this. I will undoubtedly hire an artist to make one as well as the series goes one, but this map will be a part of the books as is, even if it is not perfect. As if drawn by a young sailor who hails from The Spokes drew this themselves, on a scrap piece of parchment as they explored the world.

The Stars and Constellations-

Astrology has typically played a big part in fantasy worlds. I admit, I am a fan of this trope.  Therefore I needed to create a constellation map that features the major formations in regards to the gods and theology of the realm of Tinil’Gan.

This is also another creation of my own using a simple online star map creator. While (like the map before) I do enjoy the amateur aesthetic, this I will mostly also commission an artist to render more appealing to the eye . 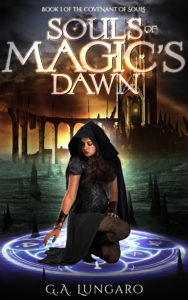 I found the artist’s interpretation of the two cities of San’Seban and Luminos absolutely breathtaking. 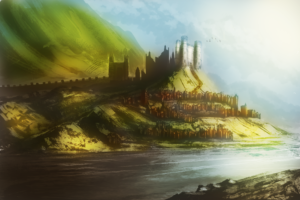 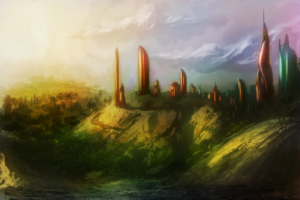